Top Things to See on Your Vacation to San Francisco 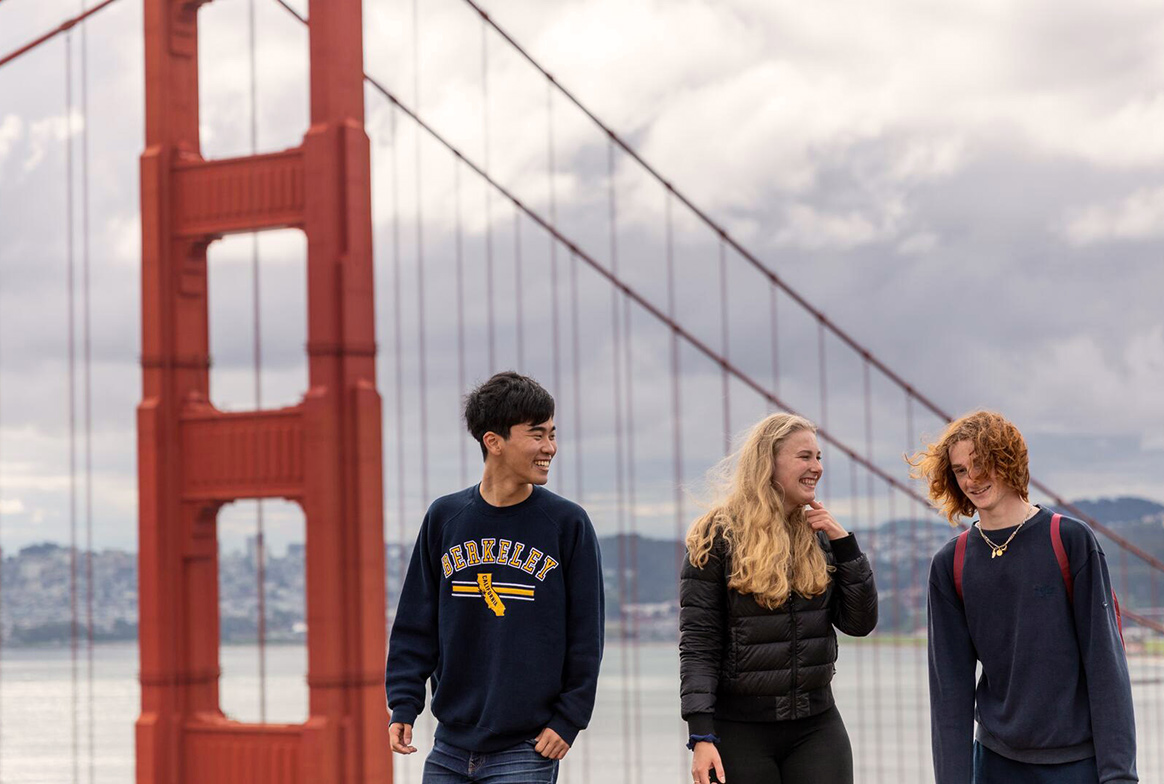 Things to See in San Francisco

When it comes to planning a vacation to San Francisco, you have several options. From the Golden Gate Bridge to Chinatown, there’s plenty to see and do. In addition to the famous sights, you’ll want to check out Powell Street, the Embarcadero, and Point Bonita Lighthouse.

If you’re a foodie, you might be interested in checking out Chinatown in San Francisco. The charming neighborhood is home to a diverse range of restaurants and bars. Couples can take in the atmosphere while enjoying sweet milk tea or fresh dumplings. You can also sit in a park and enjoy the bustling streets.

When visiting Chinatown, you’ll want to take a walking tour. You can start at Grant Avenue, and wander the alleys to get a real taste of life in this diverse neighborhood. You can also visit the Chinese Historical Society of America, which offers exhibits about China’s legacy in America. The museum is highly reviewed and offers a unique perspective on the history of Chinatown. Just outside of Chinatown, you can also visit the Union Square area, which boasts high-end showrooms and upscale shopping malls.

The Embarcadero is located along the eastern shore of San Francisco and is home to several waterfront attractions. For food lovers, the 1898 Ferry Building is a must-see with its gourmet shops and popular farmers’ market. You can also catch ferries to Alcatraz Island, view the Bay Bridge, and visit the Exploratorium.

The Embarcadero is also home to the Embarcadero 1 movie theater, which plays international and arthouse flicks. The theater features comfortable, assigned seats. For dining, you can check out the Ferry Building Café. Other great places to eat include the Marketplace, which features the best of San Francisco’s ice cream and food. You can also indulge in a treat from the Miette Patisserie, which specializes in gluten-free desserts.

The Point Bonita Lighthouse is located at the point where the San Francisco Bay enters the Marin Headlands near Sausalito. It is the last manned lighthouse on the California coast and was added to the National Register of Historic Places in 1991. Visitors can walk the stairs of the 155-year-old tower to get a great view of the surrounding area.

Since the California gold rush, the Point Bonita Lighthouse has been guiding ships through the Golden Gate. Its location on a rocky outcrop in the bay gives visitors sweeping views of the Golden Gate Bridge, San Francisco, and the Pacific Ocean. The lighthouse is a National Historic Landmark and is maintained by the U.S. Coast Guard. The historic landmark is a popular destination for history buffs.

For a unique footrace experience, check out Bay to Breakers in San Francisco. A recognized track and field event, the race is also famous for its kooky elements. Many of the trail runners wear elaborate costumes, and the race is also a venue for performance art. San Franciscans flock to see the race every year.

The Bay to Breakers started in 1912 as the San Francisco Cross City Race, which was intended to lift the spirits of residents following the devastating 1906 earthquake. It was the first race of its kind, and it drew 121 participants the first time. Over the years, the race has become more popular. However, to participate, participants must show proof of having received a COVID-19 vaccination and a negative test.

San Francisco’s Mount Davidson is the highest natural point in the city at 928 feet. It is located near the geographical center of the city, south of Twin Peaks and to the west of Glen Park and Diamond Heights. It is one of the city’s most prominent landmarks and dominates the southeastern view from Portola Drive.

Atop Mount Davidson is a cross that was built in 1934. It is dedicated to the Armenian genocide, and is visited by throngs during the annual Easter service. However, it is quieter year-round. Visitors are able to take in the view and observe butterflies, making it a perfect destination for a quiet Sunday afternoon.

The Sutro Tower is one of the tallest structures in San Francisco. It was built in 1948 to house television stations from the Bay Area. The city’s hills had prevented line-of-sight television signals, so building the tower was essential to get a good signal. The tower’s high location allowed it to receive a signal from every home in the Bay Area.

Originally, the Sutro Tower’s top half featured long, white light tubes reminiscent of fluorescent tubes. However, this was changed after a public outcry and the tower is now considered an iconic structure.

A buzzy, Italian-themed neighborhood, North Beach is steeped in San Francisco’s Italian heritage and attracts locals and tourists alike. This cosmopolitan neighborhood is home to checked-tablecloth trattorias, coffee shops, and retro-flavored bars. Nearby Telegraph Hill provides a scenic hike to the Coit Tower and its WPA-era murals.

North Beach has a rich history and a diverse population. Its Italian roots are evident, with many Italian immigrants moving to the neighborhood after the 1906 earthquake. Famous residents from the area include the DiMaggio family and Marilyn Monroe. In addition, North Beach was a meeting point for the Beat Generation, including writers Lawrence Ferlinghetti, Jack Kerouac, Allen Ginsberg, and Ned Cassady.

Top Things to Do in San Francisco, California